After the peace agreement between Armenia and Azerbaijan in November 2020, the latter immediately set to work on the decontamination, reconstruction, rehabilitation and reintegration of liberated Karabakh, which had suffered enormous destruction over the course of the Armenian occupation over the last 30 years.

The large-scale resettlement of citizens to the newly-liberated territories through sustainable settlement while reintegrating economic activity, is one of Azerbaijan's five national priorities outlined in the country's "2030 Strategy," which has been based on the United Nations' “Transforming our World: The 2030 Agenda for Sustainable Development.”

Azerbaijan is determined to mobilize all resources and stakeholders to revitalize Karabakh, to transform “ghost settlements” into smart cities and smart villages, with a particular focus on the needs of the most vulnerable groups – the 1 million internally displaced persons (IDPs) and refugees.

The first areas of focus

The foundation of the first smart village has already been laid in the Zangilan region. It is centered on five components: housing, manufacturing, social services, "smart agriculture" and alternative energy.

The visionary urban planning based on large economic and social projects will move war-torn Karabakh forward.

Azerbaijan’s goal to hasten the transition to a circular economy in Karabakh addresses several of the "Sustainable Development Goals," such as sustainable cities and communities, responsible consumption and production and climate action.

As rehabilitation in a post-conflict environment is complex, time-consuming and capital-intensive, Baku has started the official process with the building of good governance.

The coordination headquarters, which synchronizes the work of major government agencies and was instructed to compile a development strategy for Karabakh, was set up by Azerbaijan's president to address socio-economic, humanitarian, organizational and other urgent issues in the liberated territories.

In addition, Azerbaijan has established the "Special Representatives Institution of the President" in Shusha, a cradle of Azerbaijani culture.

The other newly-established unit, the Karabakh Revival Fund, will provide financial support for restoration and reconstruction in the Azerbaijani territories.

A newly created institution, the Demining Agency of Azerbaijan, has begun work despite having no maps of the mined areas, as the Armenian side has failed to provide them.

The resources on the agenda

Oil-rich Azerbaijan is committed to developing green energy in Karabakh. A quarter of Azerbaijan's domestic water resources, which amounts to about 2.56 billion cubic meters (bcm) of water a year, originates in Karabakh.

The main rivers of the region, the Tartar, Bazarchay (Bargushadchay), Hakari and other, smaller rivers, have great potential for hydropower.

The Khudafarin and Maiden Tower hydroelectric power stations, built jointly with Iran, will generate 280 MW energy, whereas the planned hydroelectric power plants in the Kalbajar-Lachin area will provide 120 MW of energy, allowing the region to rely on green sources, as these fully meet the region's primary energy needs.

In addition, The thermal water resources of 3093 m3/day in the Kalbajar region and 412 m3/day in Shusha have great potential for the development of green energy.

The key point here is not just to generate energy from green sources, but also to use the most efficient and smartest systems in the transmission, distribution and consumption of energy.

The government’s emphasis on increased environmental protection in Karabakh, declared a green area by Azerbaijan, is the country's most compelling response to the challenges of global climate change.

Azerbaijan has already launched a reforestation effort in Karabakh forested areas, and the associated action plan includes the Basitchay and Garagol state reserves, as well as the Lachin, Gubadli, Arazboyu and Dashalti state nature preserves.

Forests, major components of the environment, will provide an invaluable contribution to the country’s efforts to reduce climate change, desertification, deterioration of biodiversity and disruption of the balance of gases in the atmosphere, while also contributing to the socio-economic development of Karabakh.

Attracting public and non-public investment in the reconstruction of Karabakh sets a base for sustainable economic growth.

In 2021, a public investment of $1.3 billion (TL 10.61 billion) in Karabakh will raise the potential non-oil gross domestic product (GDP). The results will be clear: new fixed assets — roads, electricity, gas and other infrastructure facilities will foster growth in the economy, as well as potential growth in the future.

Historically Shusha has represented music and culture, which has enabled it to create and transmit trends in creative industries throughout the Caucasus. This is why Shusha was declared one of Azerbaijan's cultural capital, with the city expected to act as the cultural capital of the Turkish world in 2022 and of the Islamic world in the near future. 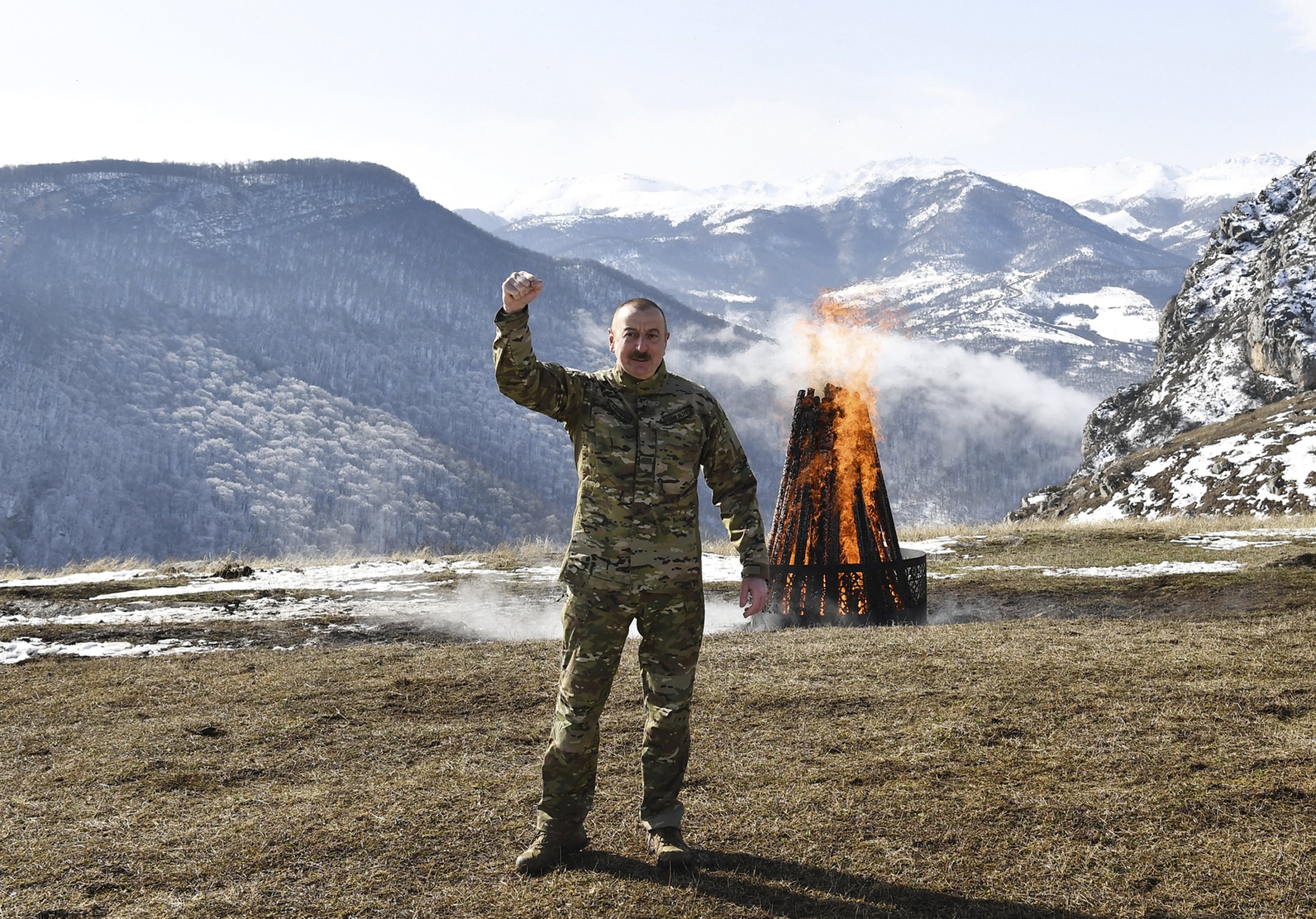 As suggested by the "Solow model," the capital investment in Karabakh will create more added value, since it is starting from zero with a long distance to go to reach the steady-state level, similar to Germany and Japan, countries that managed to build a competitive economy on the ruins of World War II.

The agency justified this decision because of a decrease in security risks in the financial sector and a lower balance of payments risk following the liberation of Karabakh and the signing of a cease-fire agreement.

Given the multifaceted nature of Karabakh’s reconstruction, we can look to financial support from various institutions based on the experience of other nations.

For instance, the International Monetary Fund (IMF) focuses on economic growth and poverty reduction programs in post-conflict countries, whereas the World Bank addresses infrastructure projects and the rehabilitation of education and health facilities.

The European Bank for Reconstruction and Development (EBRD) provides financial support to transport, the banking sector and small business. The Asian Development Bank (ADB) could serve as a major source of funding for the return of IDPs to home towns, the resolution of health problems in post-conflict areas and anti-poverty programs.

Furthermore, the resolution of the Karabakh conflict paves the way for the revival of regional economic and trade relations and the revitalization of transport and communication ties.

The increased economic activity in the region, along with that of the countries of the South Caucasus, serves the interests of all stakeholders interested in the development of the North-South and East-West corridors.

In particular, the European Silk Road, China’s Belt and Road Initiative (BRI), Turkey’s Middle Corridor project and Azerbaijan's transport and logistics capabilities will serve to complement each other in the Nakchivan corridor, according to a recently inked agreement between Armenia and Azerbaijan.

The Nakchivan corridor will end the isolation of the Nakchivan Autonomous Republic, Azerbaijan’s landlocked exclave, and will, at the same time, embolden Eurasian connectivity.

Azerbaijan is transforming Karabakh into a platform for development, peace and security based on the untapped potential of the region.

Initiating one of the best models of tolerance and multiculturalism in the world, Azerbaijan has also announced plans to rebuild the Christian and Muslim heritage of Karabakh, following the devastation of the recent war and the neglect that the region had experienced under occupation.

*Executive director of the Center for Analysis of Economic Reforms and Communication of the Republic of Azerbaijan.