The reckless pomposity of Mike Pompeo As the curtain closes on his tenure as Secretary of State, Pompeo has cynically pursued a strategy of provocation to undermine the incoming Biden administration.

Some 23 years ago, senior members of the US Senate Committee on Foreign Relations paid a visit to Abu Dhabi. Over a lunch in which a whole camel - resplendent with glistening hump - was the pièce de résistance, they were pressed by senior Emirati officials over US policy on Iraq.

According to my sources in both camps, the veteran senators were asked why the US persisted with occasional airstrikes against Saddam Hussein's regime. The UAE had just embarked on the massive diversification programme which created the "Hong Kong West" the world is now familiar with. But the US policy of containing Iraq, heavily military defeated as it was after the Kuwait War, was muddying the waters.

As long as uncertainty prevailed about the security situation in the Gulf, the UAE's ability to attract foreign direct investment would be hamstrung. Why not just get rid of Saddam, the Emiratis asked.

Because, they were told by the senators, the US plans for the Middle East were not defined by the threat posed by Saddam. Iraq - and Syria - were the only two Arab states that were practically on an industrial and military par with Israel, they said.

When the US attacked Iraq, it would be with the aim of reducing it to a pre-industrial economy, one of the senators declared, rendering his hosts gobsmacked.

Five years later, whilst investigating US preparations for its invasion of Iraq, I came across evidence of what this would mean, in practical terms, for the people of Iraq and other Middle Eastern countries on Capitol Hill's hit-list.

My sources in the ports and shipping industry gave me good insights into, broadly speaking, what US government cargoes were being pre-positioned at ports in the Middle East as part of the logistical preparations for the ‘Shock and Awe’ campaign.

First, stockpiles were gathered at hub ports like Salalah in southern Oman and the UAE's Jebel Ali, and then were transhipped to ports in the northern Gulf, predominantly to Kuwait. Naively, I had expected the US and its allies to cater to the humanitarian needs of the Iraqi people, seeing as most of them would welcome liberation from Saddam's clutches.

After six months of hopping around port cities in the region, I was mortified by my findings: not a single shipment of humanitarian aid had been shipped by the US. Literally, not one.

The World Food Programme had stockpiled dry food supplies in Jordan, but they were glaringly inadequate considering the scale of the humanitarian disaster that was bound to unfold.

Since becoming the US Secretary of State in April 2018, Mike Pompeo has single mindedly pursued this destructive, soulless geopolitical agenda.

Seeking to create a fake legacy, Pompeo's tweets and actions on the world stage over the last few weeks have been truly despicable. Certainly, they have been on par with his Neocon responsibility for the fake news about Iraq's non-existent weapons of mass destruction.

I'll start with Pompeo's decision to lift decades-old restrictions on senior US officials visiting Taiwan. He even scheduled a trip to Taipei. There could only ever have been one response from Beijing to Pompeo's brazen attempt to end US adherence to the "One China" policy agreed on by President Nixon in 1972: back down or face a war, the Chinese state media threatened.

Undoubtedly under pressure from Congress and the Biden camp not to trigger World War 3, Pompeo ended his theatrics - much to Taipei's relief. Not, however, before he ensured the premature declassification of details about the Trump administration's policy for the so-called Indo-Pacific region. It confirmed what Beijing had claimed all along: Washington is working aggressively to contain China, up to and including erecting reluctant India as a regional policeman of sorts.

That was provocative, and aimed mainly at further poisoning a US-China relationship undermined by trade warfare before Biden could reset its tone.

But it pales in comparison to Pompeo's moves in the Middle East last week.

The State Department's declaration of Yemen's Iran-backed Houthi militia as a terrorist organisation has been greeted with horror and outrage because, if not reversed by Biden, it would exacerbate the world's biggest humanitarian crisis and cause the deaths from malnutrition and sickness of tens of thousands more Yemeni civilians.

Apparently, Pompeo is not satisfied that 85,000 children aged under five died between 2015 and 2018, the first three years of the Saudi-led military intervention in Yemen. It is, as British politician David Milliband, the president of the International Rescue Committee, described it: "Pure diplomatic vandalism".

US Senator Chris Murphy called it an act of "mind blowing insanity" and demanded that the incoming Biden administration rescind it immediately upon taking office next week.

Pompeo's grand finale came after he had a conspicuously public dinner with Israeli intelligence chief Yossi Cohen at a popular Washington restaurant last Monday. Out of the blue, Pompeo declared that Iran had become the new "home base" for Al Qaeda, after Afghanistan.

He offered no new evidence about the complicated relationship between Iran's security services and exiles of the notorious terrorist organisation - just nonsensical spin.

The same spin, in fact, that was imparted to news of Israel's assassination of Al Qaeda's deputy chief Abu Muhammad al Masri in Tehran in July, when it was leaked by the US in November.

In reality, the relationship between Iran and Al Qaeda has been defined by expediency and betrayal, according to noted Iran-focused journalist and scholar Barbara Slavin. Stanford University scholar Asfandyar Mir has dismantled Pompeo's claims with his own previous statements, concluding that America's chief diplomat was not motivated by any fresh threat from Al Qaeda.

The same can be said of Pompeo's connivance with the Mossad chief in planning and executing the biggest Israeli airstrikes against Iran-backed militias in Syria.

Whilst there is no debating that a freshly-arrived cache of Iranian missiles was fair game for Israel, Pompeo's primary aim was to mine the waters for the Biden administration by making the prospective return of the US to the 2015 Joint Comprehensive Plan of Action that much more difficult.

Indeed, if there is a legacy to Pompeo's term as US Secretary of State, it is one of provocation, instigation, demonisation, inhumanity and hypocrisy.

America and the world will be a far better place without him.  (trtworld.com) 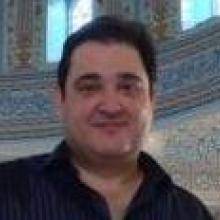 AUTHORTom Hussain
@tomthehack
Tom Hussain is a journalist and analyst on Pakistan affairs and geopolitics in South Asia.